Daniel and his sister Erica, along with their mother and father move to rural West Virginia.  Life is turned upside down for the family.  Mom and dad had stable jobs; they lived in a nice home in a well to do community.  Now, they live in a run down farm house.  Daniel and Erica are completely out of place at school. 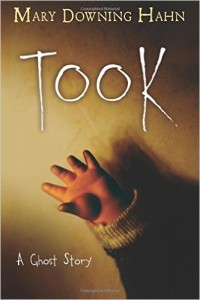 One day Daniel hears a story about a witch named Old Auntie and a girl that disappeared years ago from the same farmhouse he now lives in.  Strange things soon start happening.  Erica receives a mysterious doll.  She retreats to her room, staying alone with just the doll.   Mom and dad become unhappy. Dad shuts himself in his work room to play video games on his computer.  Mom is tired and has fits of anger.  Home cooked meals and the plans to renovate the house are replaced with cheap take out pizza and a constant mess.   Mom and dad don’t seem to care anymore.  Erica only talks to her doll.  The kids at school tease Daniel. Everything is a mess for Daniel.

And then, the unthinkable happens.  Erica disappears, and Daniel is blamed for not taking better care of her.  Daniel has to decide if the stories about Old Auntie are true or not.  If they are true, Daniel must risk everything to save his sister.

If you like creepy ghost stories, you’ll love “Took, A Ghost Story.“ 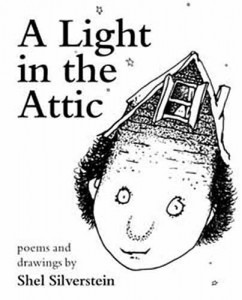 Annabel Craven has moved to a new town.  All she wants to do is fit in with the rest of the students at the Acadamy.  Without a cell phone of her own, and living in her Uncle’s old musty house next to the cemetery are making it hard for her.   But when Annabel finds a cell phone in the woods, she thinks one of her problems is solved.

It doesn’t take long until she receives her first text, and it’s not from someone living.   Annabel is not sure what will happen if she answers, will it get rid of the ghost or only make things worse?  Annabel continues to get texts and mysterious visits all which make her life as the new girl in town miserable.

Any middle grader who loves a good ghost story will enjoy reading Annabel’s plight.   “I Text Dead People” is just the first book in the series.  Book two “The Ungrateful Dead” is available now for your scary reading pleasure. 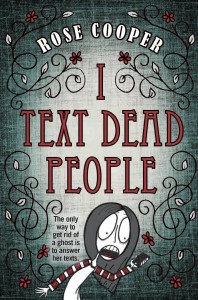 Published in 2002, Ruby Holler still speaks to today’s middle grade reader.   Sharon Creech weaves a magical world with her homey laid back style of writing.   The reader is quickly wisked away into the story of orphan twins, Dallas and Florida.

I was hooked at the first few sentences:  “Dallas leaned far out the window, his eyes fixed on a bird flying lazily in the distance.  Sun slanted through the clouds above, as if a spotlight were aimed on the bird.” 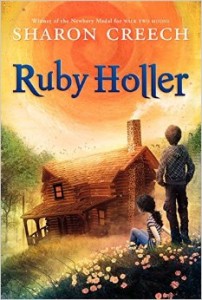 Twins, Dallas and Florida live in the Boxton Creek Home for Children.   The Trepid’s have created so many rules, that the twins are destined to fail.   The twins are placed in many homes.  Due to no fault of their own they are returned to the home.

That’s when we learn about the magical place, Ruby Holler.   When Dallas and Florida arrive they find a place beyond anything they could have imagined.   But, both are highly suspicious of everyone and everything, and they plan to leave on the first train they can hop.

The story of Dallas and Florida continue as they try to adjust to life in Ruby Holler.  There’s a mysterious character who shows up, plotting by the Trepids, a trial run of the adventure and an accident on the river.

Any young reader, boy or girl, will enjoy Ruby Holler and the magic that it holds.  In the back of the readers mind, always the question of wondering if Dallas and Florida will get to stay in Ruby Holler.

“We all have our la-la-la song. The thing we do when the world isn’t singing a nice tune to us. We sing our own nice tune to drown out ugly.”
― Rita Williams-Garcia, One Crazy Summer @OneCrazyRita 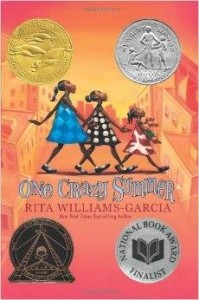 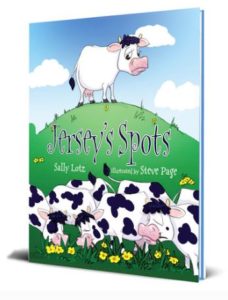 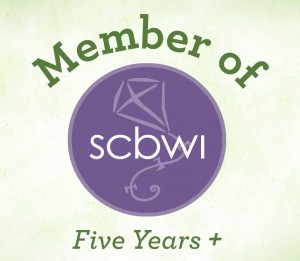